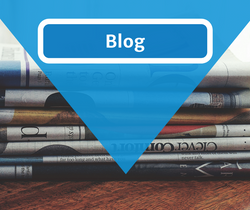 Paul was born in Westfeld, Massachusetts on Jan. 20, 1926, the first child of George and Mintaha "Mary" Mitchell. The family moved back to Waterville when Paul was four years old.

Paul graduated from Waterville High School in 1944. There, he was a three sport athlete playing football, basketball and baseball and lettering in all three sports for three years. In 1944, Paul was a member of the legendary Waterville High basketball team that went undefeated and won the New England Schoolboy Basketball Championship.

Upon graduation, Paul enlisted in the United States Navy and was assigned to Bates College and the University of Iowa as a cadet in the Navy's V-12 Flight Training Program. After a two year tour and the end of the war, he received an honorable discharge and completed his college education at his beloved University of Maine, earning a Bachelor of Science degree in 1949. He subsequently enrolled in graduate school at Columbia University and earned his Masters of Arts degree in 1950.

Paul married his high school sweetheart and love of his life, Yvette Pooler, on August 20, 1949. They raised their four children and together they shared 68 years of wedded bliss.

Paul began his career with Liberty Mutual Insurance in New York City and then Boston. In 1959, he and Yvette returned to Waterville and he continued his insurance career by purchasing the J.B. Friel Insurance Co. Over a number of years and further acquisitions, Paul created the insurance agency now known as GHM Agency, which he successfully operated until his retirement several years ago.

In 2004, at the age of 78, Paul was appointed to the University of Maine Board of Trustees by Governor John Baldacci, serving his beloved University until 2014. In 2006, Paul was recognized by the Maine House of Representatives for a lifetime of achievement including serving as the President of the Maine Insurance Agents Association. In 2006, he was named Citizen of the Year by the City of Waterville and in 2017 a dugout was named for him at the Purcell Wrigley Field in Waterville in honor of his lifetime love of baseball.

Paul was first and foremost a family man. Nothing brought him more happiness than spending time with his wife, children, grandchildren and great grandchildren, especially at their sporting events or at his home away from home, his summer camp on Great Pond, which served as the family gathering spot and scene of happy memories for many years.

He loved his sports teams, and spent hours watching games, pacing the room, and analyzing the decisions of the players and managers, particularly those of his Red Sox. It was with great joy that he attended Game 1 of the 2004 World Series and saw the Sox defeat the St. Louis Cardinals.

Paul was also an avid reader and history buff. He was so proud of the library he built at his Eustis Parkway home. He was particularly interested in the Civil War and World War II, had an extensive collection of books on the politics, battles and leaders during those periods, and loved discussing them with his family and friends.

Survivors include his beloved wife, Yvette C., married for 68 years on August 20; his four children: Paul J. Mitchell Jr. and his wife Suzanne of Marblehead, Mass., Linda Mitchell Price and her husband Stuart Price of Tulsa, Okla., Jeffrey D. Mitchell and his wife Lisa of Winslow, and William E. Mitchell and his wife Vicki, of Waterville. He is dearly remembered by his 12 grandchildren: Colin, Nara, Stephanie, Stu, Bethany, Catherine, Jacqueline, Jessica, Taylor, Michael, Nicole and Sean, who affectionately called him Pappy; and his six great-grandchildren: Emlyn, Quinn, Mitchell, Charlotte, Vivian and Clara.

The family would also like to thank Lakewood Nursing Home and its staff for their care of Paul over the last five months, and Debbie Bryand, our dear friend, for her love and support of Paul and Yvette. May God bless them all.

Need to Make a Claim?

Want to Pay a Bill?

24 Hour Self Services Include:
-Printing an ID Card
-Reporting a Claim
-Requesting a Policy Change
-Making a Payment
-Requesting a Certificate of Insurance
-Sending us a Message
-Receive & Manage Copies of your Policies
Not signed up?
Call us today at 800-244-9046!
Did you know InsurLink has an app? Compatible with iPhone and Android.